Call Me NowMessage Me
;

Mr. Almeida is a partner with the firm. He was born in Rahway, New Jersey. He graduated from Rutgers University in 1989 with a Bachelor of Arts Degree in Journalism and Mass Media. He is a graduate of the Livingston College Honors Program and received High Honors from the Department of Journalism and Mass Media. He earned his Law Degree from Rutgers University School of Law-Newark in 1995. At Rutgers Law School he was a member of the National Mock Trial Team, a recipient of the Jacobs Memorial Scholarship for trial advocacy, and a member of the Order of Barristers.

Mr. Almeida is a former newspaper journalist and his reporting earned him the 1990 New Jersey Press Association Award for spot news coverage. He served as law clerk to the Hon. Kenneth R. Stein, J.S.C. during the 1995-96 term of the New Jersey Superior Court.

After his clerkship, Mr. Almeida served as an associate with the firm of Segilman, Smith, Kane & Perrone of Roseland, NJ, where he represented defendants in personal injury claims. From 2001 through 2007, Mr. Almeida engaged in the solo practice of law in Woodbridge, NJ, where he handled a wide variety of legal matters including plaintiff’s personal injury, workers compensation, employment law, and criminal and municipal court cases. During this time, Mr. Almeida served as a special public defender in the Woodbridge Township and Perth Amboy municipal courts. In 2007, Mr. Almeida joined the firm of Ginarte, O’Dwyer. Gonzalez, Gallardo & Winograd of Newark, NJ where he exclusively represented plaintiffs in a wide variety of personal injury and employment matters, including automobile accidents, workplace accidents, fall-down accidents, as well as employment cases dealing with workplace harassment and discrimination.

Mr. Almeida has tried numerous cases to verdict and recovered millions of dollars for injured plaintiffs in state and federal court. His jury verdicts have been reported in the New Jersey Jury Verdict Review & Analysis, The New Jersey Law Journal, Verdict Search – New Jersey, and other publications.

Mr. Almeida joined the firm of Rudolph & Kayal in 2010. His practice focuses on the trial of personal injury, defamation, and employment cases in New Jersey state and federal courts.

Mr. Almeida is a member of the New Jersey Association for Justice (formerly ATLA-NJ) and the Bar Association of Middlesex and Essex counties. He is a graduate of the C Willard Heckel, American Inn of Court.

Review our attorney team profiles below to learn more about the career backgrounds of the lawyers of Rudolph & Kayal, and understand why they have earned the respect of judges, their peers and their clients. 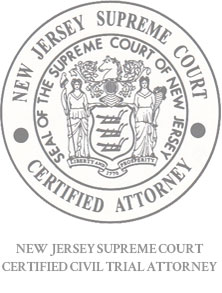 Reach Out To Us Today

You can quickly send us a message through our contact form and we will surely get right back to you. You may also call at anytime. We look forward to helping you.